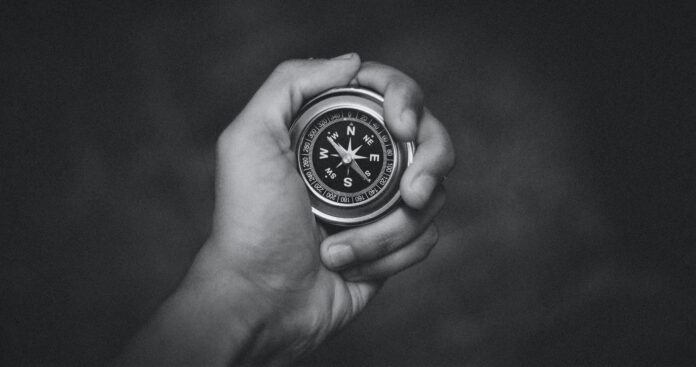 Compass Determining where to start a walk is not a difficult task. But how did tourists determine the direction of a forest expedition?

History of the compass

The Chinese belong to one of the oldest cultures in the world with a recorded history of about 4000 years. Although the minority population is large, the Han are the predominant ethnic group in China. That’s because 9/10 of the total population are Han. China was also the first country to introduce a number of products to the world. Among them is the compass.

Not to mention the magnetic force (magnetic force) when referring to the invention of the compass. Cree. BC As far back as the third century, Lu Pi Wei Almanac wrote in his letter that magnetism (Loadstone) had the ability to draw iron. Cree. In the early part of the first century, Van Chan, a materialist philosopher, observed the magnetic field as turning south. It appears that its magnetic polarity had been identified by then.

China built the first real compass during the Qin Dynasty (221-207 BC). The compass is made by balancing a piece of magnetic stone cut into the shape of a ladle on a circular bronze plate. A fork is bowl-shaped like a spoon. This disk is mounted on a rectangular disk. The circular disk represented the sky and the square disk represented the earth. It was engraved with 24 sections marking its directions. When rotated, the fork stopped turning in a southerly direction. This device was initially used to identify land directions. It was also used in Chinese vessels by the early fifth century. The ancient (first) south-facing compass was newly created. That historian Chang Jersey in collaboration with two engineers at the Peking Iron and Steel Research Institute. The disk also has 28 constellations in ancient Chinese astrology.

About 3,000 years ago, Phoenician sailors sailed from their home ports on the east coast of the Mediterranean to sail for trade to Europe and North Africa. In the 4th century BC, a Greek explorer named Pytheas sailed around Britain and is believed to have arrived in Iceland. Moreover, long before European sailors sailed across the Indian Ocean, Arab and Chinese sailors from the East had sailed across it. In fact, Vasco da Gama, the first European to reach India, landed safely in India with the help of the Arab sailor Ibn Majid. During the 23-day voyage across the Indian Ocean, he guided De Gama’s ships.

Ancient sailors relied on a special tactic (dead reckoning) based on natural phenomena to determine their destination. In 1492, Christopher Columbus used a compass to determine his direction. However, compasses were not available in Europe until the first century CE Only from the 12th century. Even before that, sailors had sailed the seas without the aid of compasses. They did so with the help of the sun and stars. When the sky was overcast, the sailors adjusted their course, gazing at the occasional wave of gusts of wind. They did this by anticipating the setting of the waves as the sun and stars rose and set. Then, with the help of a sea map, he drew a line to his destination.

Not surprisingly, ocean currents and gusts of wind caused the ship to capsize. So the steering wheel had to be adjusted to keep the ship in the right direction, and the sailor calculated and recorded the adjustments from time to time. He began to measure, count, and record how far he had come from where he had left off the day before. This is something that has been done day in and day out. These data, recorded on a daily map when the ship finally anchored, provided a definitive account of how it arrived at that destination. Columbus sailed from Spain to North America and back to Spain over 500 years ago using this tactic, which was based on natural phenomena. Using data from his maps, he mastered the marine voyage of modern-day sailors.

Orientation with the help of the sun and stars

The rising and setting of the sun could determine the east and the west. Early in the morning, sailors were able to determine the extent of the change in the position of the sun. They did this by comparing the position of the sun with that of the waning stars. During the night, they looked at the polar star Polaris and were able to determine their whereabouts. This was possible because, as darkness fell, the star was visible just above the North Pole. To the right, they identified the location of the South Pole with the help of a bright constellation called the Southern Cross. So on a clear night, a sailor sailing anywhere was able to determine his direction with the help of at least one celestial body. But those were not the only objects that acted as guides in the sky.

Polynesians and others across the Pacific explored objects in the sky, much like a road map reader. One tactic they used was to direct the trajectory of a rising or setting star on the horizon. During the night, the sailors searched the relative positions of the other stars to see if they were moving in the right direction. This was revealed by the position of the stars as they moved in the wrong direction.

How accurate was this tactic they used? At a time when European sailors did not have the courage to navigate the high seas for fear of sinking to the edge of the earth, sailors from the Pacific often sailed across tiny islands. For example, 1,500 years ago, Polynesians sailed eastward from the Marquesas across the vast Pacific Ocean. By the time they reached the Hawaiian Islands, they had traveled some 1,700 miles [3,700 km]! Legend has it that the Polynesians sailed from Hawaii to Tahiti and back to Hawaii. Some historians have suggested that the accounts were merely fiction. Instead of using modern equipment, however, modern-day sailors use seagulls, stars, and other natural phenomena.

Sailing ships depended entirely on the wind. When found behind the wind, the ship was easily towed forward. But when the wind blew ahead, the journey was hampered. If the wind did not blow, the journey would be stalled. This was often experienced by sailors entering the equatorial Doldrum or vacuum belt. In time, sailors were able to detect the constant ocean winds. Sailors took advantage of these winds and set up major routes for deep-sea sailing ships.

Adverse winds caused not only hardship but also death. An example of this is Gama’s voyage from Portugal in 1497 to the famous Malabar coast of India. Frequent gusts of wind carried him to the South Atlantic, then back to the southeast and around the tip of Africa’s wishful thinking. When he entered the Indian Ocean, he had to face the monsoon winds.

These winds blow in opposite directions from season to season. Early in the year, summer monsoon winds develop in the southwestern part of the Indian Ocean. As a result, everything that has been floating around for months is being hauled to Asia. The winter monsoon begins at the end of autumn. The strong northeast winds blowback into Africa. De Gama left India in August and soon met with adverse winds. His journey to the east took about three months, not 23 days. The delay caused him to run out of fresh food, and many of his other sailors fell ill and died.

Skilled sailors in the Indian Ocean learned to use a calendar as well as a compass. The sailors sailing east across the Cape of Good Hope were to begin their voyage to India early in the summer. When it was too late, they had to wait for months for favorable winds to blow. On the other hand, ship captains set sail from India to Europe in late autumn to avoid being hit by the summer monsoon. Thus, sailors in the Indian Ocean were seen sailing in one direction at one time and in the opposite direction at another. Thus, a similar navigation system was adopted between the Malabar coasts of Europe and India.

In time, maritime skills began to improve in other ways. With the advent of machinery, reliance on the naked eye and conjecture gradually diminished. They began to use astrolabe and then the more accurate instrument, the sextant, to measure how high the sun or other stars were above the horizon. These devices enabled sailors to determine their latitudes north or south of the equator. Accurate and well-tolerated seascape times allowed for longitudinal or eastern or western locations. These devices were able to obtain more accurate information than natural phenomena.

Today gyrocompasses point north without a magnetic needle. As soon as two or three buttons are pressed, sailors can connect to an international naval radio system (Global Positioning System) and find out their exact location. Instead of paper maps and notes, there are maps that are displayed on electronic screens. In fact, today, seafaring has become a definitive field of science. Reflecting on the progress made in the naval field, the courage and prowess of the ancient sailors doubled our respect for them. They sailed the vast expanse of the sea, using only their knowledge of the sun, stars, waves, and wind.

This makes the compass a valuable tool in finding directions. According to the Earth’s electromagnetic energy, the compass’s indicator is always pointing north. It shows 90 degrees east, 180 degrees south, and 270 degrees west. Galileo, the father of modern observational astronomy, also developed a compass design under Applied Science and Technology.

The ‘Prismatic Compass’ or Prismatic Compass, made in England, was developed to this condition around 1940. In the past, this was a very efficient and accurate compass. Abandoned due to ease of use (weight, size, cost of maintenance). Next came the Lensatic Compass. Very subtle. That’s right. Activation is a bit difficult to learn. This is a product of the United States. It was first built around 1935. The compass currently used by scouts as well as the military is known as the ‘Silva Compass’. This compass was also improved in the 1930s. This is made in Sweden. Silva in Swedish means jungle. This is a very simple, easy to learn, easy to handle, very efficient compass.

Sensors attached to mobile phones can detect the magnitude and direction of the surrounding magnetic field. Mobile phones such as the iPhone 3Gs and Nokia N97 have been used to track the direction of electronic compasses (electronic/digital compass). They are also used for GPS navigation. Most mobile phones are equipped with accelerometer sensors, touch sensors, and light sensors. Nowadays, proximity sensors and magnetometer sensors have been added to mobile phones. The gyroscope sensor is expected to be added soon.

How to Save at the Airport?

How to Work While Traveling?

ABOUT US
About Travelgm - We are a dedicated team that tries to build a digital platform. Whereas the individuals are able to gain knowledge on camping, find the best camping sites and camping activities.
Contact us: [email protected]
FOLLOW US
© 2021 Travelgm